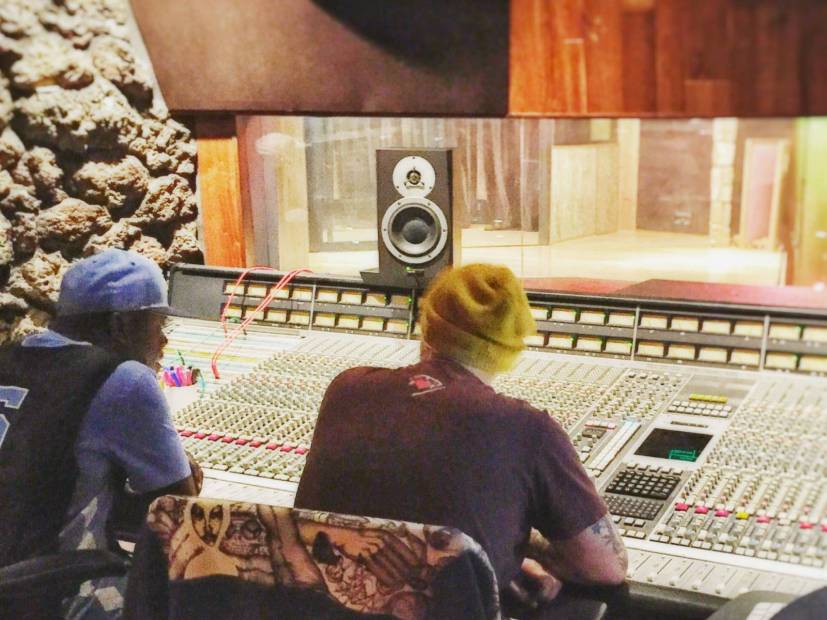 PopMatters Premieres ‘The One’

The Grammy-recognized producer is gearing up for the release of his upcoming album with some other big names, including Jarobi White (A Tribe Called Quest) and Mamel (Los Amigos Invisibles). On his latest track, he’s teamed up with drummer and activist Madame Gandhi, vocal sensations Trent Park and Trevor Hall, and percussionist Christian Pepin of La Cuneta Son Machine fame.

On “The One”, Starita blends warm vocal interpretations courtesy of Park and Hall with a soundscape that relies more on building up tension. The juxtaposition feels naturally derivative of the producer’s unique background, showcasing multiple sonic and personal layers presented as a singular earworm that is sure to catch on with fans of hazy, summery synthpop.

Starita says that “the inspiration for this song stemmed from my wanting to create a piece that is reminiscent of the style of music that I listen to. So naturally, the song needed to have a deep groove, hits hard with live and electronic drums. The message is positive about deep love, connection, and partnership.

“There are so many scenarios in life that we go through; to have one person to call in every rise and fall is what this song is about. So, when it was time for the lyrics to come to life, my writing partner, Trent Park, and I asked the natural questions. Where do you go? What do you do? Who do you call if you are in need? These lyrics became the core of the song. We wanted that deep concept showcased in a pop, tropical soundscape.

“At the beginning, I had a vision of want a very specific female artist from an Israeli band to sing the vocals. All this flowed when Trent embraced the song and we arrived at the chorus which was big and explosive. At that point, it was clear that he needed to be the vocal lead. So while the song started out moody and was written from a dark place, Trent and Madame Gandhi gave it energy.”

Trent Park adds, “While the song has the element of thought in the lyrics, it also makes you feel good listening to it. It stands alone as a beautiful song, but the production takes it to another level. With the production having elements of Latin flair, tropical house style bass line, with pop centric topline, it appeals to a larger audience. We are very proud of the collaboration and excited to see our fans embracing it.”

Beyond his skills on the mic, A Tribe Called Quest‘s Malik “Phife Dawg” Taylor was also a people-connector. While working on the last Tribe album, We Got It from Here… Thank You 4 Your Service last year, producer/engineer Starita (born Michael Starita) vibed with the Queens rap collective for “Dis Generation” and grew close to Phife’s manager and best friend, Rasta Root.

Amidst crafting his forthcoming six-track EP (due this fall), Starita asked Root if Jarobi White would rap on his new party record “Rules,” which also features singer/songwriter Trent Park. “I was like, you think Jarobi would be down to drop some bars on this thing? So [Root] connected us and that’s how it all started.” White was immediately pulled in by the up-tempo track’s melodic changes. “It was a departure from what I’m normally doing,” the rapper adds. “I was just hoping I wouldn’t mess it up. I just wanted to add my personality, a little New York street feel. I hope I accomplished that.”